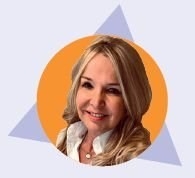 Karen Coleman is associate director of communication and engagement at West Yorkshire Health and Care Partnership. Earlier this year, the Check-In campaign was launched to encourage healthcare workers across the area and beyond to be more direct in talking to colleagues about mental health and suicide.

The pressures of working in health or social care, including in the voluntary sector, are common knowledge. Mental health and wellbeing have always been priorities and lots of organisations are talking about it. When we asked what they were doing around suicide specifically, there was a commitment to work together to better support staff. People were signposting to groups like Zero Suicide Alliance, but few were asking their colleagues in need the important question, “are you feeling suicidal?”

As communicators – employers and managers – we need to be bold and tackle the issue.

Suicide has always been a concern for WY HCP, especially for men. National figures published by the Office of National Statistics (ONS) show that Yorkshire and the Humber region had the highest suicide rate in England between 2017 and 2019.

Local suicide audits also highlighted additional risk factors including people who are out of work, people living alone and people who are single, divorced or separated. We also looked at the data from the ONS surrounding occupation.

Our approach is to have a preventative strategy. With this in mind, I brought together public health consultants, suicide prevention specialists, voluntary and community sector partners, and people with direct experience of losing a loved one. We used our collective intelligence, coupled with external guidance to develop a campaign plan.

We talked about potential issues, for example we know that those who have witnessed a suicide, including at work, nurses and doctors are at higher risk of suicide.  We discussed why people take their own life and found it may be work-related, or due to loneliness, relationship breakdown, financial worries or substance misuse.

Ultimately, we decided to target staff, as we have over 100,000 people in formal working roles, plus people in unpaid roles. We know that people who work in health and social care are often reluctant to seek help, seeing themselves as care-givers not care-takers. Doctors are twice as likely, and nurses four times as likely, to die by suicide compared with people working in other professions in the UK. And female nurses are more likely to die by suicide than their male counterparts. So we are keen to make it as easy as possible for people to get the best advice and treatment whatever their role.

We discussed why people take their own life and found it was down to a combination of social, psychological and physiological factors combined – suicide is extremely complex. It may be work-related, or due to loneliness, relationship breakdown, financial worries or substance misuse. We know that people who work in health and social care are often reluctant to seek help, seeing themselves as caregivers not care-takers. Doctors are twice as likely, and nurses four times as likely, to die by suicide compared with people working in other professions in the UK. And female nurses are more likely to die by suicide than their male counterparts. So, we are keen to make it as easy as possible for people to get the best advice and treatment whatever their role.

Albeit we started work on our campaign before the pandemic, many leaders understandably have highlighted concerns about stress and burnout over the past year.

For me, co-production on a campaign like this is really important. You need to get the right experiences in the room with relevant expertise and skills – including people who have personally had suicidal thoughts. We sent out an expression of interest. We worked with Healthwatch, Samaritans, Platform 1, which is a crisis charity supporting men with depression, psychologists, public health comms professionals, people who had lost loved ones and people who have tried to take their own lives. All their evidence was key to the development of the campaign.

It can be difficult to identify targets because everyone has their own personal story and experience. We knew what we wanted to do had to be informed by insight and evidence. Put simply what people told us.

We set up virtual focus groups with colleagues, including HR and communication colleagues, who were key to developing the campaign. The workshops with staff with lived experiences was fully subscribed. All the information given to facilitators remained anonymous. You have to be careful about what you share - this is people and their family’s lives.

In the focus group, one consultant said it was the first time anyone had asked him how he was and the first opportunity he’d had to talk about his mental health and feelings of being overwhelmed. If you open up the conversation, you’ll find more people will talk about it. In each focus group, we had someone from the Samaritans. We didn’t want to start the discussion and then leave people vulnerable with nowhere to go.

We wanted views on how to go about our campaign. People told us they wanted something to the point, that doesn’t look like NHS branding and which doesn’t skirt around the issue. We’ve done that – in a safe way. When you see the campaign materials, they’re stark – in black and white. You hold your breath. People wanted bold statements and something striking that stood out from general wellbeing messages. We included interviews and colleague voices with personal experiences of suicide – it was emotive to say the least.

All visuals and messages were tested. Go with what people tell you, test it, refine and go back to the group. We also checked with suicide prevention specialists that the wording was appropriate. We kept our participants informed throughout the project and everyone could see how their input had been used.

Our campaign, Check-In, launched on 4 February this year – Time To Talk Day. There are three main components. The first is around educating and raising awareness, to get people in the workplace talking about mental health to prevent the risk of suicide and promote a wellbeing culture by normalising the conversation around suicide. The second is about spotting the signs and preventing suicide by asking the question, ‘have you checked-in with a colleague?’, and then it’s about providing links to online suicide training and local resources.

We had an overwhelmingly positive and welcome response towards this being a staff campaign. We’ve had over 400 individual colleagues and almost 180 organisations use it, as far away as France, Belfast, Dorset, Wales. It’s also just been nominated for a PR public sector campaign of the year award. The assets are free for people to take and use. We made sure the materials were open source and easily downloadable, so that any organisation could easily adapt them to meet their local staff needs.

What’s key is how people have been using the resources. Hospital CEOs have held briefings; council partners have taken it to executive groups; it’s gone in managers’ information packs, showcased across care homes; with printed materials in staff rooms and toilets.

Its important people take the training, and use the resources. Only by embedding the message into organisational cultures can we really normalise the conversation.

Launching it during a pandemic, alongside our new staff mental health and wellbeing hub, has given us the opportunity to hopefully reach and help more colleagues. Never has it been more important.